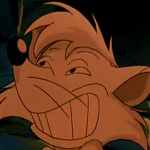 So, I am ErdamonPL, and I am here to help Lykrast on his quest to make a MOBA mod (by help, I mean create a lots of content that doesn't require me to know how to model/art). Nothing much to say, aside from the fact that I'm looking forward to this project and wish everyone participating good luck :3 (I am one of the first people who managed to play VotE with Lykrast!)

Aghosth, the Lord of Death

Ignis, the Cleric of Flames

Yuvana, the Priestess of Blood

Items I've designed (yes, I just made that section too)Edit

Some cool dude with guns

Some cool dude who looks like a medic from Middle ages

Some cool girl who is a necromancer

Some cool dude who might aswell be Xeadas but he isn't

Some cool dude who's a naga for some reason

Some cool priestess that doesn't ride anything (at last)

Retrieved from "https://veteransoftheempire.fandom.com/wiki/User:ErdamonPL?oldid=9280"
Community content is available under CC-BY-SA unless otherwise noted.