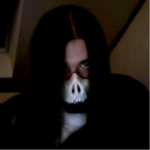 aka That Masked Guy

lo and behold, for I am SirAston, one of the few to bear witness of the birth of a new universe, the universe within the game commonly called "VETERANS OF THE EMPIRE"!

... *ahem* Anyway, I'm part of the team. I think. Maybe. That's open to discuss at the moment. I'll help Lykrast anyway because I'm sure that VotE could be a cool thing if done right.

Other stuff I've done or might do for VotE Edit

Model Bank (Models I might use for future suggestions) Edit

Retrieved from "https://veteransoftheempire.fandom.com/wiki/User:SirAston?oldid=9427"
Community content is available under CC-BY-SA unless otherwise noted.